Learn how we can help you with your problem.

or Phone Us On

How to Cure Migraines?

Hypnosis to Forget Someone

I first came to see Rodney for insomnia...

It had been ongoing for more than 15 years and you name it, I had tried it!

The issues with sleeping had led to various other health concerns and it was taking over my life. I felt totally out of control and functioning normally was a challenge.

2 sessions with Rodney and I slowly started to fall in love with going to bed again.

After a few weeks, I noticed I was sleeping the best I had EVER slept, as well as having beautiful dreams.

Waking up and feeling great was a feeling I had forgotten, and now thanks to Rodney, I have it back

I wanted to thank you for your help with my eating and weight management.

Being able to tap into all the related feelings, deal with them appropriately and banish them from future scenarios has led me to finally feel like I am in control of what I do and how I react to situations that use to get the better of me.

I am eternally grateful for your expertise in allowing me to discover the version of me I wanted to be. It took so little time to sort it out with you and I just wish I had been recommended to you far sooner.

I am glad I called Synergy Hypnotherapy as he was the closest one to my place when I did a google search. I was brave enough to address this issue. Rodney made it so simple and helped me overcome and understand where it was all coming from by going to the core of the issue. I came away with clarity and feel that he addressed some painful emotions that was the root cause of my problem. Rodney offered me a free session should my speech revert back. Only one session was required. Thank you! 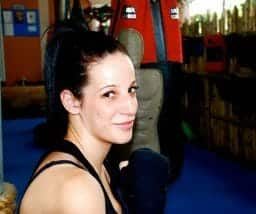 Sylvia Schiavoni Is a Coaching Client of Synergy Hypnotherapy

I was in my late 20s when I finally began taking driving lessons, mostly out of a lack of necessity and desire. When I started learning to drive, I would describe my level of fear of driving as relatively normal for any new driver.

Over time my fear of driving began to snowball. I have often been asked, ‘what happened that made you so scared?’ I have never really been able to answer this question unambiguously. I have never been in nor witnessed a major road accident. Whilst I was learning, I naturally had a few upsetting road experiences but nothing that could remotely explain what progressed into full-blown anxiety.

I started to have physical responses to the mere idea of going for driving lessons. I would overheat, sweat, my heartbeat increased, my belly would knot and the tears would well up. I felt overwhelmed on the road. I felt anxious. I felt tense. I felt rushed. I felt scared. The most minor of incidences would reduce me to tears.

The constant pressure from those around me to get my licence just culminated my pure hatred of driving. I hated that it was a part of everyday life. I felt so pathetic that I couldn’t do something so basic, something that everyone just did.

Earlier this year I took driving lessons again, following another long break. My anxiety was ever-present and with every lesson it became more overwhelming. I pushed through it. I had made a pact with myself to face it head on and I was going to try one final time to get my licence.

I went into the exam thinking – ‘if I fail, I don’t care because I am officially giving up after this attempt’. Not the most positive attitude but my lack of care at least kept the ridiculous level of nerves I had felt in previous tests at bay, and I was left to deal with my customary driving anxiety. I passed. Great. I still hated driving.

After several Coaching sessions and then discussing this fear with Rodney, he felt it was very important we deal with it immediately. I went into the session extremely hopeful that it would work and equally as anxious it wouldn’t because if it didn’t there was nothing left except a debilitating anxiety.

Rodney went straight to work with a series of questions in order to identify the various emotions I had experienced, along with my overall attitude towards driving.

During the session, although I was under hypnosis, I was actively participating and remembered the whole experience. We did a few different exercises relating to eradicating those negative emotions, as well as creating new emotions around driving. We also worked on creating a new picture of driving and transforming my overall attitude.

Within 2 hours I was heading home, feeling great and ready to face the real test – driving. I felt very neutral to the whole idea of driving which was already a hugely promising sign. All the horrible feelings and physical symptoms had vanished. I reached the car, jumped into it and just drove. I was fine. What was the big deal? In fact, I actually found it incredibly relaxing and enjoyable. I could not believe it.

The sense of pure relief and happiness was phenomenal. The burden and constant pressure of not wanting to drive, coupled with no one being able to really understand my anxiety, was also gone. I felt liberated and still do. My only wish is I had found hypnotherapy earlier, in 2 hours a 10-year anxiety had just vanished.

Learn More on Eliminating Your Phobia?

Would you like to learn more about how Synergy hypnotherapy can help you eliminate your Phobia's and related problems? So you can feel more relaxed, happier being able to cope with life easier and things just won't bother you like they used to. Then visit our Phobia's service's page or...

Hiya, my name is Sylvia! I am married with two stepchildren and have just celebrated my one-year anniversary with my husband. I work as a Freelance Writer and in Marketing & Communications. I am also a professional athlete who competes in professional boxing and Muaythai, which is what brought me to Synergy Hypnotherapy for Coaching and Hypnotherapy.