Learn how we can help you with your problem.

or Phone Us On

How to Cure Migraines?

Hypnosis to Forget Someone

A direct and effective healing

Alcoholism From a young age I was dictated by an addiction to alcohol. Even when trying to stay sober (for 2 months, 6 months and 9 months at a time) I always found myself falling back into the trap and struggling through the self destructive thoughts and patterns that go with drinking.

I only needed one session with Rodney to completely free myself of this addiction. The session was more raw and direct than I’d expected and this proved to be a highly effective approach as I haven’t felt like a drink since. Even in situations where alcohol consumption is offered and encouraged, not only do I not have the craving, but I also have an automatic rationale and memory bank that pops up reinforcing reasons to stay sober.

This has completely changed my life. Rodney’s hard line approach is enough to shake any problem. There’s real care behind the way he heals and it’s not through pointless hand holding, but rather through perfected techniques that get to the core of the issue. Essentially, giving you a second chance and a fresh slate.

Thanks Rodney !!! On July is two years that I quitted my 25ys old slavery to ciggies !!!!

I am just checking back in to let you know I recently conquered my fear of heights on our trip to Europe.

It was a huge ask as we ascended Mt Titlis in Switzerland, as it is over 10000ft high.

I can't thank you enough for the help and positivity you gave me. Without that I would have missed a beautiful experience. A big thank you again. 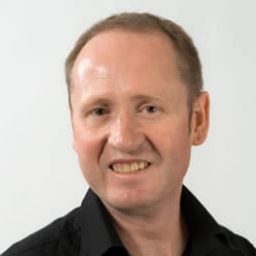 The Key to Eliminating Depression Is Emotional Issues Not Drugs

People suffering from depression can recover almost instantly from the affliction by removing underlying emotional issues using depression hypnotherapy rather than resorting to using medication. I have seen many clients who have been on anti-depressant drugs for years, and they are just progressively getting worse, all the while they are going from one drug to another and upping the dose until it no longer works, so they are then put on another drug. A dead end that is going nowhere they are effectively a prescription drug addicted even when they go off the drugs they can’t function so they have to go back on them again. Hypnosis therapy for depression holds a drug free answer to this problem.

Depression is an emotional state caused by underlying emotional issues such as anxiety and anger, self-esteem problems which can completely incapacitate people. It will usually last longer than 2 weeks.

How Do You Get Depression?

So you store these emotions in your body and they are attached to your memories so over time you will accumulate these emotions in your body as you have more and more memories of being depressed over time and that also goes for the other emotions. So your intensity of depression goes up as you have more memories over time so lets say we have a scale of 1–10 so it will slowly go up from a 1 to 3 to 5 to 7 etc keeps going up becoming more intense.

Mainstream medicine is at a loss how to deal with depression, and many alternative practitioners also don’t know how to treat emotions directly. Main stream medicine is focused on science and what we can measure, like the chemical balance of the brain in depressed people, then the theory is you take drugs to restore the balance. So they don't have any idea how to measure emotions, or even how to treat them and if they could, how to measure a change? So they just avoid emotions altogether.

Drugs are just masking the emotions causing the problem and not treating them. Because all emotions have a physical part, so you will feel certain sensations in your body that are associated with that emotion. For example, people who experience anxiety may have some of the following physical symptoms, heart racing, butterflies in stomach, sweating, tight chest, tingling in hands etc, and this is just a few of them.

What the drugs are doing is stopping you from feeling all those physical sensations in your body, so you will feel better. Unfortunately, this is a problem because you will get used to the drug and it will stop working, then you feel all those physical sensations again, you are on the merry-go-round, different doses, different drug etc you’re trapped in a vicious cycle. All the while the depression continues to get worse, because the drugs are treating the symptoms of the depression and not the cause the depression itself.

Those in positions to help people with depression just don’t understand how emotions work or how people create them, so how do we expect them to be able to treat them? Hypnotherapy for depression Melbourne is a therapy that can help eliminate this depression in as little as 1–2 Sessions as they know how this works and more importantly how to remove emotions.

While many alternative hypnosis treatment for depression practitioners are more focused on negative thought patterns and altering them through giving suggestions while under hypnosis, to solve the emotional problem, because most haven’t been taught how emotions work and even how to work with them directly, so they try to do it indirectly through suggestions. However, most often this just doesn't work! You have to treat the emotions directly.

Very effective treatment and amazing results!!! This has been the only thing that has helped my boyfriend to quit smoking! We can't thank you enough Rodney!

Having been a smoker for 20 years and trying every method of quitting under the sun, my last hope was hypnotherapy. I was skeptical yet desperate, and so my google search led me to Synergy.

I made my appointment for a week later and smoked as much as I could in that week as the fear and anxiety of not smoking escalated. After my session with Rodney, I walked out of there and amazingly I did not smoke! One hour turned into 2 hours, then into days, then weeks and then months! I had never gone more than a plane trip without a smoke so for me it was a miracle. The urge to smoke had gone!

I relapsed after 3 months and Rodney offered me another session free of charge. Since that session I have not smoked and no that I never will again.

I will be going to treat an existing anxiety problem soon.

Thankyou Rodney for helping me re-gain my life.

Thanks Rodney !!! On July is two years that I quitted my 25ys old slavery to ciggies !!!!

Emotional Based Hypnosis Treatment for Depression

A man came and saw me 2 years ago for depression at his wife’s prompting, and we got him an amazing result. After 2 years they then bought down from Sydney their daughter, a young woman in her early 20s to see me for depression as well and I discovered she had a lot of anger, anxiety, overwhelm and trust issues in relationships.

She was struggling in all parts of her life especially her personal relationships, she couldn't trust the other person because of what happened to her in her past relationships, She was also holding onto a person she was involved with in the past and not letting go of them, so she was in a bind which made her sabotage her relationships subconsciously because she had not let go of that person from a past relationship.

She didn’t need to suffer in this way when solutions existed that could help eliminate the depression. By identifying all negative emotions causing the depression and some beliefs she had, we then removed them from her body through hypnotherapy for depression Melbourne.

She completely turned her life around to where she even looked like a different person.

I have seen people experience amazing changes in their emotional wellbeing simply by removing the depression and how they create it through hypnosis for depression Melbourne.

There were several ways that a person’s underlying emotional issues could be addressed though hypnotherapy for treating depression.

We store all our emotions in our body, which are anchored to memories. By removing the emotions from the memories, we remove them from the body. You will not be able to get back any of the depression and this will lift a great emotional weight that you have been carrying.

Our thoughts and beliefs have emotions attached to them, and by removing them we also remove the emotions. You won’t be able to get back any of the old thoughts that used to plague you they are just gone, you will stop having the same thoughts and when you go back to the related memories they seem as they belong to someone else because they have no emotions associated with them.

Not Focusing on the Problem

How Effective Is Hypnotherapy for Treating Depression?

NLP Master Trainer and Hypnotherapist Adriana James said one thing was clear, you must acknowledge your emotional makeup on a daily basis. “Negative emotions must be released if you are to maintain a strong and vibrant body,” Ms James said.

When working directly with emotions and releasing them from the body, you can quickly eliminate the depression in as few as 1 or 2 sessions with depression hypnotherapy.

The World Health Organisation (WHO) has predicted that by 2020, depression will be the second biggest health problem world-wide, behind heart diseases.

This is a frightening thought considering that depression was already having a huge impact on the community The sooner people realise that their depression can actually be eliminated the better we will be as a society, Once we know the cause we can offer permanent solutions.

Would you like to learn more about how Synergy hypnotherapy can help you eliminate your depression and related problems? So you can feel more relaxed, happier being able to cope with life easier and things just won't bother you like they used to. Then visit our Depression service's page or...

Hi my name is Rodney Inns and I am currently running a Hypnotherapy Practice in Melbourne Australia. I have been working and studying in Hypnotherapy and NLP for the past 10 years.